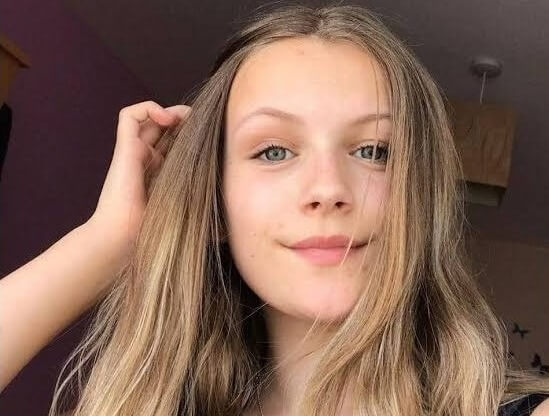 Bryony Hanby is a popular Instagram star who has over 340,000 followers. Popular for being the sister of popular YouTubers Kristen Hanby and Natalie Hanby, Bryony also has been slowly making her name on social media.

Even though Bryony is still young, she has accomplished many things. She is an elite gymnast who has represented her hometown, Jersey, on many occasions. She won third place in the 600m distance event representing Jersey.

Bryony was born on Channel Island, Jersey, which lies between England and France. She is currently 16 years old.

She is the youngest one with one elder sister and two brothers. Her eldest brother is Jonathan Hanby. The famous Instagram star Natalie Hanby is her elder sister, while her other elder brother is the famous Kristen Hanby, a YouTube prankster. Bryony also has a cousin sister named Olivia Hanby, who is a social media star.

The whole Hanby family has many talented stars who are ruling the digital world. Bryony has kept up with her famous elder siblings. She is one of the wealthiest Instagram stars in England. She also appears in many of her brother’s videos, where she gets pranked.

Besides being internet famous, Bryony is also an excellent and graceful gymnast. She has been doing gymnastics ever since her early days. She has represented Jersey in many competitions.

Bryony was also into track and field during her early days. Once, she even took part in the 600m running event representing Jersey. She came third in that, which made Jersey win the overall tournament.

Bryony has a massive number of followers and subscribers on both Instagram and YouTube. She is one of the wealthiest Instagram stars in England. She also takes part in many gymnastic competitions and wins prizes. She earns on the internet as well as out of the internet. Her net worth sums up from 1.5 million USD to 5.5 million USD.

Though everyone knows how good of a gymnast Bryony Hanby is, nobody knows much about her educational background. However, once while nominating her for an award, her grandma mentioned that she was a hardworking young girl. Her grandma also added that Bryony has been at the top of her class.

Bryony Hanby has established herself as one of the influential as well as richest Instagram stars. She has over 336K followers on Instagram and 21K subscribers on Youtube.

Even though Bryony loves to be on the internet, her main passion is gymnastics. She has been doing gymnastics ever since she was young. She also has represented Jersey in many competitions.

She is a dedicated and hardworking gymnast. She does twenty hours of training within a week. But, her desire to get better and be the best still pushes her to take another eighteen-hour additional training from the British coach, who visits Jersey every four to six weeks. She also trains with the South region squad.

Bryony is working her hardest so that one day she can compete in the Olympics.

Besides winning 3rd place in the 600m distance event representing Jersey, she along with her team, also won third place in a gymnastic competition held in Surrey.

Besides this, her grandma, Jacqueline Hanby, also nominated Bryony for the Variety star of the year, organized by the local charity of Jersey, in the sports category. Jacqueline mentioned that her granddaughter is a hardworking and dedicated young girl.

Bryony trained hard for her gymnastics regularly and studied equally hard to be at the top of the class. Jacqueline put forward the idea that her granddaughter can be a fantastic role model.